All events for NEWCOMER KITCHEN — September 15

All events for NEWCOMER KITCHEN — September 15 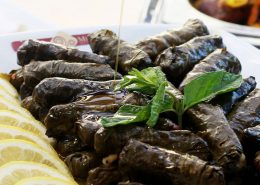 MENU — September 15 Eid Mubarak everyone! September 12 was Eid Ul-Adha, a major Muslim holiday celebrating the story of the Prophet Ibrahim (aka Abraham to Jews and Christians), and the test of his faith that involved the near sacrifice of his son. This holiday is often marked with the sacrifice of an animal such as a sheep or a goat, whose meat is shared with family, friends and neighbours as well as the poor. This is also the time when many Muslims choose to perform the…