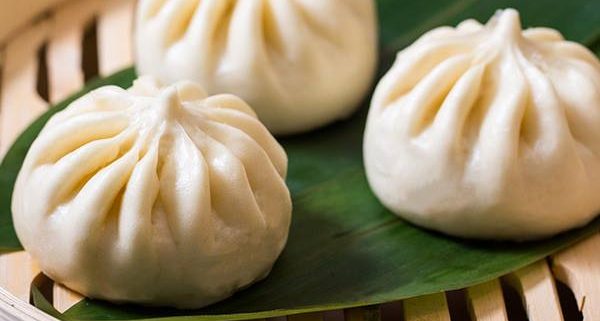 Baozi (or simply known as bao) are a type of steamed, filled bun found in many Chinese cuisines, with countless variations as to the fillings and the preparations. Recently Asian-American celebrity chefs like David Chang (Momofuku) and Eddie Huang (BaoHaus) have transformed this humble traditional dish into one of North American’s hottest food trends.

In this class, chef Jordan Hrycyshyn shares some of the techniques he picked up living in Korea, Hong Kong, and Taiwan to show you how to make these delicious steamed buns yourself, with an unexpected and delicious Korean twist. Jordan explains: ”Traditionally Bao is made with pork, but one of my favourites from my time spent in Taiwan was the Beef and Kimchi. Every morning before I went to my teacher I tried different Bao’s and noticed everyone in Taipei was eating the Kimchi ones!”

This class will be preparing Beef and Kimchi Bao (or kimchi-only; the kimchi is fish sauce-free for vegetarians). We will start by mixing the dough, and then setting it aside to let it rise. Next, we will prepare the beef and kimchi mixture for everyone to use. Students will then get a portion of the dough to roll out, fill with the provided mixture and fold into the finished product, ready to be steamed.

While they are steaming, you’ll get to make a quick Kimchi Salad Banchan (Korean side dish) with gochujang (Korean chili paste), spring onion, Chinese leeks and Nappa cabbage to serve alongside your freshly made bao!

—–
Jordan Hrycyshyn is from Barrie, Canada and began his culinary career as a dishwasher/prep cook at a bakery when he was just 15 years old. Since then he has worked at Fairmont Hotels and Resorts properties in New Brunswick, Quebec and British Columbia.
In 2012 he left Canada and moved to South Korea where he fell in love with the country’s gastronomy. After year and a half immersing himself in Korean culture, he spent time training in Thailand, Cambodia and Spain and stumbled into the private chef industry. Since then he has spent the past four years working on luxury yachts and estates around the world.
Jordan has trained in Hong Kong, Taiwan, the United States and most recently completed a Pastry Arts Program in Toronto. He is currently working as a freelance personal chef based in Toronto, with a culinary philosophy based around seasonal and regional ingredients with a strong focus on herbs and vegetables.
—–

Learn more about Workshops at The Depanneur