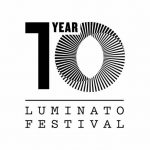 Last week, Joshna Maharaj, a local food superhero and this year’s Food Programmer of the Luminato Festival reached out to us and invited the Newcomer Kitchen to participate in the Neighbourhood Food Festival — a free, two-day street party set up across from Union Station. To make this possible, we have partnered with Vanessa Yu of CaterToronto, and Syrian chef/entrepreneur Hiyam Samara of the beloved Akram’s Shoppe in Kensington Market. It’s amazing to think that our cooks — in just a few short weeks — will be part of one of Canada’s largest and most prestigious cultural festivals, serving over 1000 (!) people alongside some of Toronto’s top chefs and restaurants.

The Neighbourhood Food Festival is on Saturday, June 18 (12pm-8pm) and Sunday, June 19 (12pm-6pm), on Front Street, across from Union Station.

Our Newcomer cooks will be making 2 types of fatayer — the likely ancestor of all modern “pizzas” — following traditional recipes from the As-Suwayda region in southwestern Syria. Soft, hand-rolled dough is topped with either spiced ground beef, tomatoes, parsley and pine nuts (Sfeeha  صفيحة), or with a uniquely Syrian combination of spicy pepper paste, walnuts, mint and olive oil (Harra  حارة ), and served with some fresh vegetables on the side. We will also include a small square of Sfouf صفوف, a delicious golden semolina cake with turmeric, anise and pistachio. Access to the event is free and open to the public, with each food dish priced at $6. Come down and support these amazing ladies and their incredible achievement!

We will be back at The Dep next week with more amazing Syrian meals for sale.